I guess no one will now know the love and spirit that she had. I am heartbroken beyond words to give you the news that Bambi got run over this morning by a motorist and succumbed. thanks to everyone who read this and spread the word to help find her a home.RIP sweet little girl...


does anyone want love in their lives?

This cutie with the most soulful eyes, hence she's called Bambi, is up for adoption. She is a roadasian (meaning Indian dog found on our Indian roads). She is also very loving and fond of Parle G biscuits. She's been given her anti rabies and deworming shots and will be bathed and ready for a home. If you or anyone you know lives in hyderabad/ secunderabad, is agnostic to breeds, are interested in adopting an Indian pet best suited for the Indian weather, who is resilient and who can make your day, everyday with love and licks, please leave on note on my blog or email me at arundati(dot)rao(at)gmail(dot)com

Posted by arundati at 1:03 PM 2 comments:
Email ThisBlogThis!Share to TwitterShare to FacebookShare to Pinterest 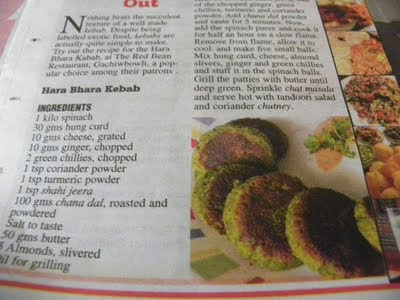 I'd been reading about images and content being used in print media without permission, taken from blogs, online resources and especially pictures taken from online photo sharing sites. at Diwali i noticed pictures from two fellow bloggers being used in the Times of India supplement, i intimated the bloggers and they will take whatever action they deem fit. This morning, I was quite shocked to see one of my pictures being used in the TV guide supplement of Deccan Chronicle in a recipe for Hara Bhara kabab, taken from my flickr stream. 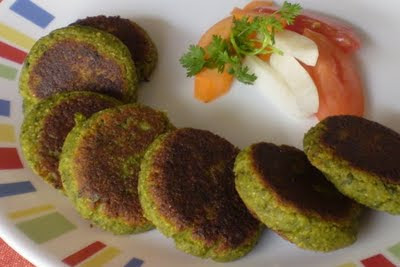 While I am quite flattered that one of the largest circulated english dailies in India thought my picture was worthy enough to print, i am absolutely shocked that they do this without any attempt to seek permission to use the image, compensate and credit the owner of the picture.

I wonder if the editors even know of this practice, or are actually endorsing it. I've written to A T Jayanti who is the editor of DC in hyderabad. Am awaiting her response.

there is a blogpost by Twilight fairy that talks of how she dealt with her pictures being published without permission. the issue has since been solved, thanks to her following up of the matter.

Update: the editor of DC was quick to respond. Jayanti wrote back with thanks of bringing this matter to her notice, saying there was no explanation for having used the picture and the “young team” knows it is plagiarism and they know its unethical (pray then, if they know it is, why do they do it?). Also with her sincere apologies, has promised to republish the picture in the next edition of TV Guide with credit given to me.
Everyone said this was normal for newspapers to take pictures off the internet and use them and that i shouldn’t make much of it, and just let it be. I am glad for the fact that I didnt. The question in my mind is this, is an apology enough? Plus lets just see if they keep their word and actually republish the picture with credit to me….
Posted by arundati at 2:34 PM 1 comment:
Email ThisBlogThis!Share to TwitterShare to FacebookShare to Pinterest
Labels: blogging

what does one do when one is under house arrest and cannot venture to a public place that includes toilets because one is recovering from a very severe urinary infection? (yuck!) one cant bake, cos the K man is not eating anything that doesn't look like an idly, one cleans out and sort sthrough and reorganises one's wardrobe, one watches movies full of gore, one waits for emails/ messages even official ones!! and then when all else fails, one attacks the 25 yrs old cane side table, whips out the glass, washes it with pril and scotchbrite, lays it on old newspapers and attacks it with acrylic paints. inspired by this, its a far cry, but something that gave me a painful back and a very satisfied smirk on my face!! 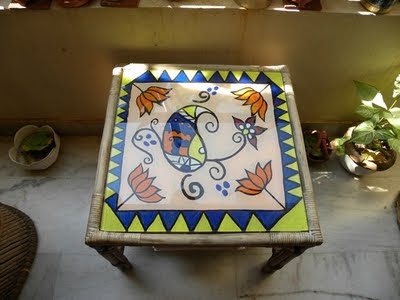 Posted by arundati at 11:38 AM 7 comments:
Email ThisBlogThis!Share to TwitterShare to FacebookShare to Pinterest
Labels: home

its been a hectic two weeks for me. we made a quick trip to bangalore for some work. K, D and i. K & D have been friends for 16 yrs now, and this was the first trip we made together. We travelled by bus which wasnt so bad. and despite my moaning and groaning about bus travel being uncomfortable, i slept soundly for 95% of the night. the look on amma's face when we walked through the door was a kodak moment!! this was the most economical trip we have made in all our life! we focussed on the work we were there for, travelled by autos and didnt do any shopping! ok ok... i bought a few earthen pots... but that too was for work!

the trip back to hyderabad was very uncomfortable and i was irritated by the time we reached home. since we havent travelled by bus for ages now, i was pissed off by the fake aggression of the autowalas at the bus stop in hyderabad. i wanted to skin them alive. they shout so loudly and are so crass that it intimidates the passenger. the bus makes 5-6 stops at different points after entering the city and you choose whichever is closest to the place you want to go to. they tried intimidating passengers and making them get off and take an auto for distances as far as 25 km. K of course gave them a piece of his mind. but it was so so annoying.

back here, both K and i got a mild bout of flu. i was out of action a couple of days and so was he. being in the middle of two long weekends, there was hardly any work that got done. on friday, a blogger friend and family came to spend a few days with us. they're relocating and needed to house-hunt. i was amazed at the friendship we've shared. although we were meeting for the first time, it felt like we've known each other for years. their adorable son tho had no such reciprocity and refused to come to us for more than a few minutes! in between the frustrating hunt for a decent house close to the proposed place of work and incessant rain, we caught up, managed some shopping and even a girls dinner out after leaving the respective better halves to take care of the toddler! At the end of their stay, they fortunately found a place they liked and will be moving in a few weeks.

works' been good. i've been cerebrally invigorated. i am enjoying the fresh bout of energy.

that apart, i am loving the weather in hyderabad. for the last few days i am working from the sitout area of the office. the internet connectivity is way better here and ofcourse i get to see dragon flies do funny things! i have a lot of things planned out for the weekend. cant wait for it to get here!!
Posted by arundati at 1:04 PM 2 comments:
Email ThisBlogThis!Share to TwitterShare to FacebookShare to Pinterest
Labels: health / fitness, people, travel, work/ office
Newer Posts Older Posts Home
Subscribe to: Posts (Atom)

Followers of this blog

Find something you want